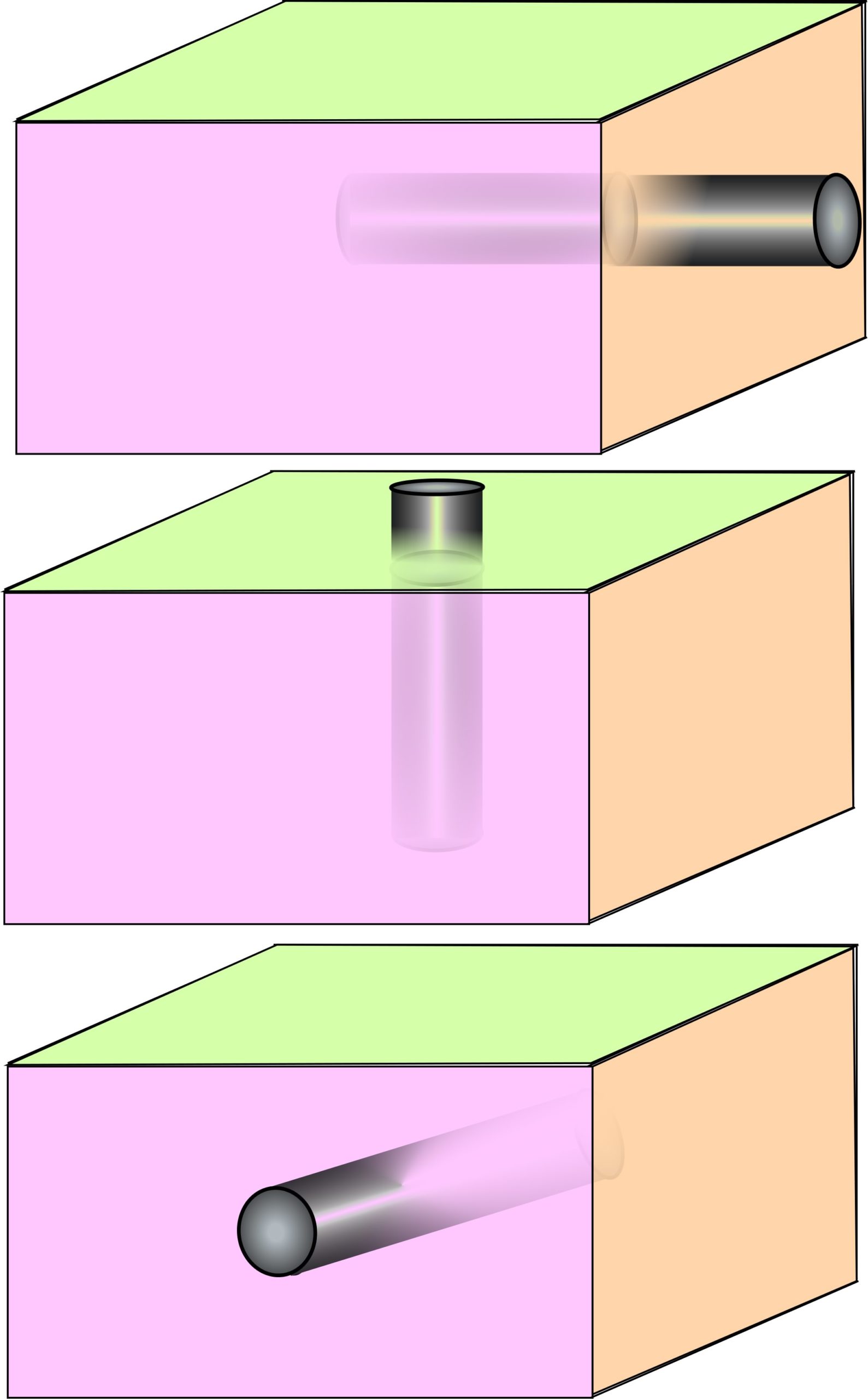 When a rock is buried, there is load above it.  Increasing soil or sediments above make it to compact and become planer.  Becoming planer means it is as if they are layers lying above each other, like several piles of sheets.  If fluid is to flow through a sheet, it will likely flow between the layers in the horizontal directions. Bending of buried rocks, known as folding or deformation, changes the original horizontal fluid flow directions.  Cracks and shifts, known as fractures and faulting of the rock layers, results in fluid choosing specific directions to flow. This preferential fluid flow direction is known as permeability anisotropy.

Permeability anisotropy is important because we care not only about the ability of fluid to flow in a rock, but also in which direction it will flow. If we know the direction petroleum fluid will flow, we put our pipe in that direction and extract it.  We also know where the fluid is coming from, where the oil and gas are generated, where more could be found.

To measure permeability anisotropy, we cut out cylindrical rock sample known as plugs, in three directions: upwards, along and across the rock, as shown in the illustration above. The process of relating this small plug, small cut out rock sample, to a larger oil and gas reservoir rock is known as upscaling. Not only do you need to upscale, you need to subject the rock sample to similar condition as if it were at depth.  That is why we subject the rock sample to different pressure condition, simulating burial of reservoir rock.

This is discussed in the next episode.

Join me again for next week’s edition of petroleum geoscience digest or visit the news section of this website for previous editions of the digest.